The keynote speech was given by Stefan Thiel, enterprise architect at FLYNT, which is an innovative technology company in possession of a Swiss banking license. Thiel had the once-in-a-lifetime opportunity to build an IT architecture for a new organization from scratch, where IT security was one of the key technology goal.

Afterwards, Securosys CEO Robert Rogenmoser engaged Stefan Thiel and FLYNT CEO Stijn Vander Straeten in further discussions. He wanted to know why FLYNT had decided to work with a product from Securosys. Stefan Thiel answered that there had been lots of reasons; the most important ones being that the devices come with enough capacity and performance, and that there are no additional peripheral systems necessary. Stijn Vander Straeten replieed to Rogenmoser’s question on how FLYNT would earn customers’ trust: „We go the extra mile beyond customary security standards.“

NO IMPAIRMENT BY THE ENCRYPTOR

Securosys’ product manager Peter Fernandez showed the operation of the encrypting devices during a live demonstration. Without encryption, data like e-mail content or header information can be retrieved easily using sniffing software. As soon as Centurions are plugged into the system, however, the sniffing software no longer delivers exploitable information. Performance and latency measurements impressively revealed that Centurion does hardly influence the bandwidth. By setting up a Centurion F10G with fully loaded 10-Gbit data traffic in both directions, Peter Fernandez successfully verified the maximum possible throughput rate of 20 Gbit/s. Furthermore, a latency measurement resulted in a 20-microseconds overall delay, where some 5 microseconds were actually caused by the encryptor itself.

During the following reception, the attendants could their specific questions get answered by specialists of the Securosys team.

More on this in the media: 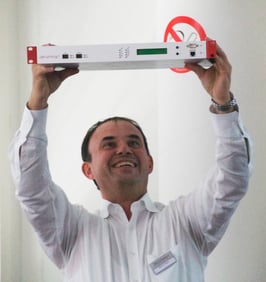 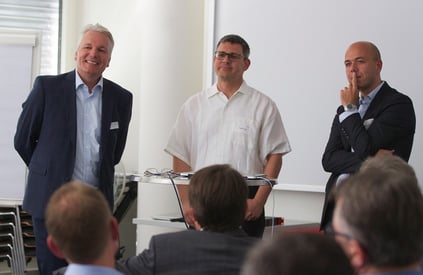 Securosys in the current issue of the trade journal Finanz und Wirtschaft- How to secure Bitcoins and NFTs?

Securosys HSM and Randtronics DPM together protect enterprise-wide sensitive data – on-premise and in the cloud.